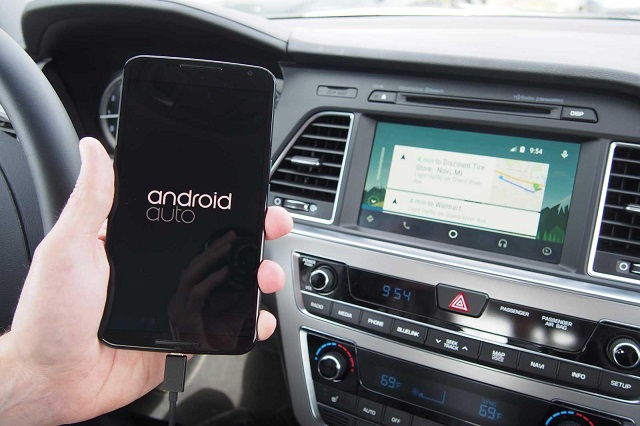 In today’s world we need to be connected 24/7. We are always on our phones and for good measure too. We do all our work and other activities through our phones, whether it be looking at messages, emails or chatting or browsing, it is not a stretch to say that we are always and by that I mean really always on our phones. What about when we travel in our cars, can we get work done while we are driving to the work place? The answer is yes. With tech such as Apple’s CarPlay and Google’s Android Auto we can still remain connected.All it needs is for us to connect our phones to our car’s headset and you’re done. Right now Google has even introduced wireless connectivity for Android Auto (At least if you have a pixel or Nexus phone). So now there is even no need for those bothersome wires.

Google has begun the initial wireless rollout for Android wireless Auto. It is a limited rollout but a start never the less. Coming with Pixel and Nexus phones running on Android 8.0 and later, wireless Android Auto can be connected via WiFi to a car’s headset.

Beginning with Google’s very own smart phone line, the Pixels and Nexus’ are all supported. To be more specific Pixel, Pixel XL, Pixel 2, Pixel 2 XL, Nexus 5X and Nexus 6P at present, are the only devices that are supported.

Coming to the headsets, Google has got the newer versions of Kenwood and JVC headsets to support Android wireless Auto.

As shared by Google, all is not lost, Google is working with third party phone manufacturers to get the wireless android auto software up and running in no time. More updates will be coming shortly.

As for car head units and displays, Google is working out on getting more manufacturers to support wireless Android Auto tech.

Before the coming of Wireless Android Auto, you had to connect your smart phone to your car’s headset via a cable and you still do if you don’t have a Pixel or Nexus device, but as I said before not for long.

Apple’s CarPlay has offered wireless connectivity for months now but with Google we’re getting there with Android wireless Auto. Shortly, all you Android Auto users out there can kiss that cable good bye!