Is Google working on a new Pixel 3 Phone?

Has Google got the Pixel 3 phone on the cards? Could we have the next Pixel coming out shortly? These are the questions on everyone’s minds. Well there is little doubt that Google has got a smartphone in the pipeline but is it the Pixel 3? If reports are anything to go by, Pixel 3 could be the new phone in question. Being spotted in Google’s very own source code, there is compelling evidence that latest Pixel phone  could be the next Google made phone to grace the markets.

Whether this new phone will be released as latest Pixel phone which is not really known but as of now the phone is being called as such within Google.

What Source code has the name Pixel 3 been found in?

Spotted by XDA developers, the name Pixel 3 was found in Google’s very own source code which tells us that the phone could be next in Google’s production line.

The source code deals with a software, that is meant to bridges a gap between the Android operating system and the hardware that will use it. This software goes by the name of HAL or Hardware Abstraction Layer. According to XDA developers this software will supposedly make a device such as the Pixel 3 continually scan for networks without the need for manually searching for networks. According to the source code this software will supposedly support only Pixel 3 with the name of the phone expressly mentioned.

This source code is the first mention of the phone by Google.

Is Pixel 3 next Phone in the Production Pipeline?

Being mentioned in Google’s very own source code leaves little doubt in anyone’s mind that latest Pixel phone  could be the next Google phone in the market. We are not really sure as of now whether the phone will launch under the Pixel banner but with the name being used in the source code, it suggests that the company is using the name for internal communication purposes.

Right now there has been no news of the phone or anything regarding the specs of the latest Pixel phone . But rumor has it that the phone will have a cheaper version under the Pixel 3 banner.

Besides this there are also rumors doing the rounds that there could be three models of the latest Pixel phone  that could be launched. Of which one may be the cheaper version. 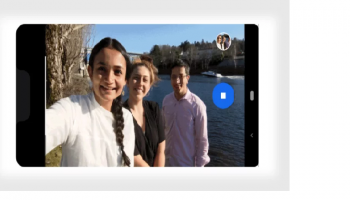