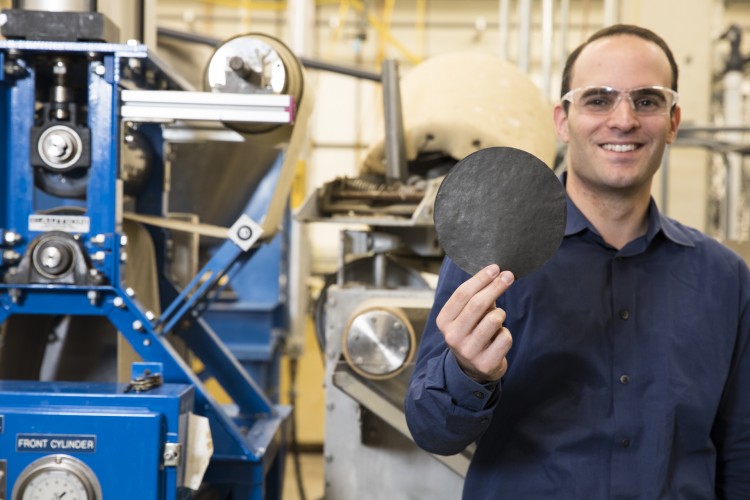 Want  to save water that gets wasted due to leaky pipes? Smart Paper has come to the rescue.

A professor in the University of Washington created this Smart Paper that can detect the presence of water as well as conduct electricity.

He along with some undergraduate students had created a paper laced with nanomaterials for conducting electricity. By accident, some water fell onto this conductive paper, which made the LED light used to indicate conductivity turn off. They were disappointed, as they thought the water had ruined the conductive paper they had created. However, this accident leads to the discovery of the Smart Paper. They concluded that the conductive paper that they created was sensitive to water as well.

This was a “Eureka” moment for them. They now had a Smart Paper, which could not only conduct electricity, but also detect the presence of water.

Making of the Smart Paper

It is the usual method of making paper. They used the pulp, made some changes to the wood fibers and along with that mixed some nanomaterials to create the Smart Paper.

How does the Smart Paper work?

When water falls on the Smart Paper, there is 3 times expansion in the size of the fibrous cells. Due to this, the conductive nanomaterials present inside the paper are displaced.  This in turn, causes the LED light indicator to turn off as there is a disruption in the electrical connection. The Smart Paper is thus used as a switch to turn the LED light on or off showing the presence or absence of water.

In addition, it was noted that this process is reversible. The conductive nanomaterials return back to the original form when the paper dries. Hence, the Smart Paper can be use repeatedly.

Where can be the Smart Paper used?

There is a lot of water wastage due to pipe breaks or leaky pipes in cities as well as manufacturing units. It is difficult to detect the location of the leaks and the technicians find it difficult to disassemble the pieces of pipe to locate the problem. It is a costly exercise and plenty of water gets wasted.

The discovery of the Smart Paper has thus come to the rescue.

The creators of this “Smart” Paper are looking at a way whereby the sheet of this conductive paper can be put around a pipe or intersecting pipes along with a battery. If there is a leak, the paper will sense the presence of water and information will be sent to a technician at the control room to identify the area and plug the leak immediately.

It is also seen that the “Smart” Paper can detect the presence of water even in very small quantities. This will be useful in petroleum and biofuel industries, where water can be removed from the other molecules, as water is considered an impurity.

They are also looking for other options of making nanomaterials from banana skins, bark of the tree, animal feces and wood scraps.

Hence, the entire process of making the Smart Paper can be done cheaply with the resources available.