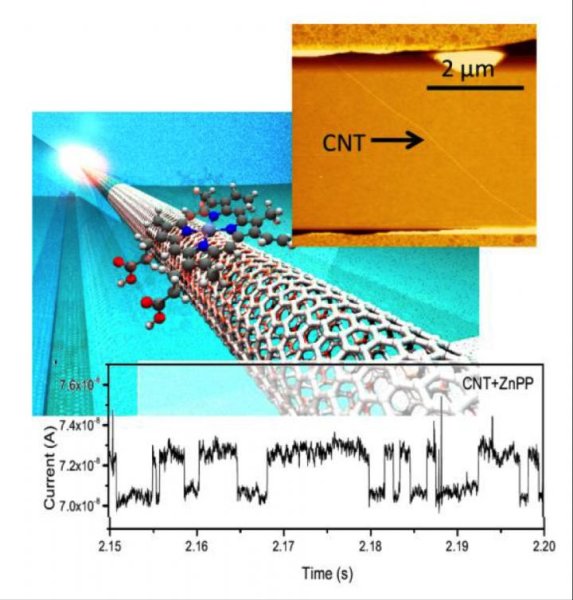 When we think of noise then it is seen as an unwanted sound in the environment which is useless for us. Quite incidentally noise is not just limited to the environment and organism but it is even found in the electronics in the form of the low-frequency random fluctuations. But in the scientific world noise is an interesting thing to study and understand it using noise signature analysis when it is emitted from the nanoscale electronics. This has even brought the possibility of creating such devices which can operate solely using the noise.Over the years scientists have found that materials having a high surface to volume ratio are best suited candidates to study the noise in nanoscale electronics. One such prime candidate for this job is carbon nanotubes. As the name suggests the carbon nanotubes are made up of rolled sheets of grapheme which are spread in hexagonal network. This particular design language ensures that the carbon nanotube structure has a thickness of just one carbon atom thereby making it the best suitable option for generating noise and studying it’s signature analysis at the same time.

The team behind this signature analysis

This signature analysis experiment has been a collaboration of Japanese researchers from the Osaka University wherein they wanted to explore ability of the single molecules through studying their affect to the noise. This signature analysis experiment was specifically limited to the carbon nanotube based nanoscale devices as stated earlier. This team built simple devices which had carbon nanotube bridging the two electrodes. Later on these devices were exposed to quite different yet large molecules which helped in detecting the unique noise signals. This particular experiment helped in understanding the properties of the molecules and how they interacted with the noise signature analysis tests.

They found that the each signal generated from this experiment by different molecules showcased their varied absorption rate. When this noise is absorbed by the molecule then it resulted in creating a trap state within the carbon nanotube and thereby changed its conductance.

The heightened sensitivity of the carbon nanotube based devices was so high that it helped scientists in studying as well as detecting varied unique noise signature even from a single molecule with ease. The noise signature analysis gave them the ability to characterize the single molecules in different manner which brings further exciting applications for it in future. It can be utilized in developing highly sensitive nanoelectronics in future which will be finding huge usage in the sensors and most importantly in the neuro and the biosensor based devices.

One of the lead scientists on this project named Megumi Aksai Kasaya has stated that the noise signature analysis process has made it easier for them to identify molecular activity of the materials using the noise signals. Currently they are working on developing carbon based devices in order to illustrate how it has been made possible to detect single molecule by assessing their unique noise signatures.