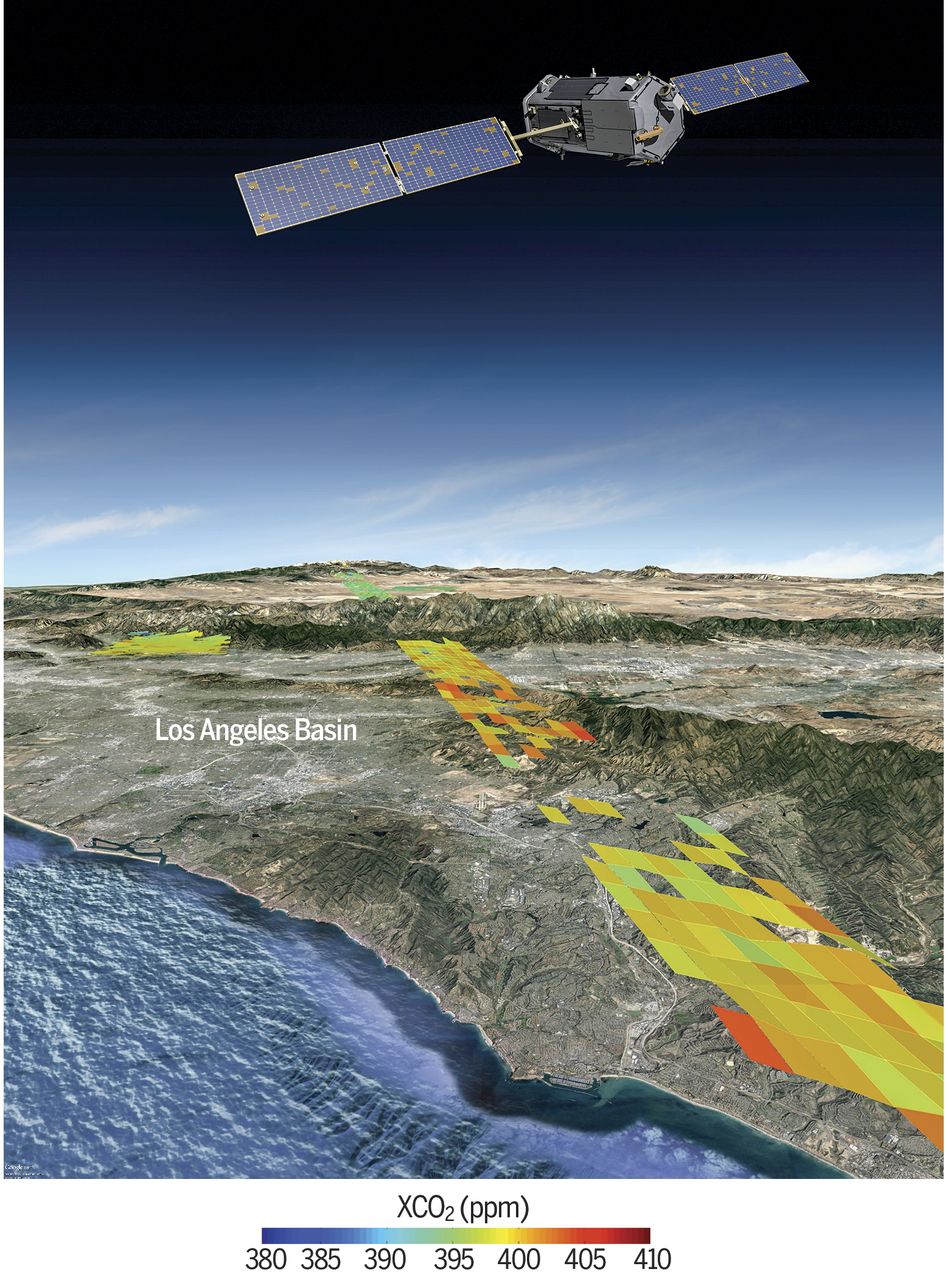 Volcanic eruption is a severe concern towards the very existence of our planet. NASA has recently figured out that by monitoring CO2 emissions one can figure out the gases which get released into the world because of human and volcanic activities and which are the major green house gases which lead to drastic climate changes.

Before evolution of volcanoes mere signs are delivered. Sometimes water vapour evolves from the crater and then finally volcano begins to come out from the underlying world and touches the Earth’s surface. But when you see gases like carbon dioxide or sulfur dioxide coming out, you can expect the volcanic eruption to be imminent. It is an undaunted fact that getting close to volcanic openings can be really fatal. So, it is always preferable to use a machine like remote sensing equipments to figure out the gas which is being evolved from the volcano opening. It is always advisable that the examiners do not go in person to figure out which gas is being evolved to judge the intensity of the volcanic eruption; otherwise it can be life risking. So, remote sensing machines will help to prevent humanitarian destructions while figuring out the emission of a volcano.

Monitoring CO2 is widely used technique, to figure out the gases which cause greenhouse effect. The scientists have developed a kilometer scale through which they can measure the level of emission of CO2. In the recent research, it was found that the data which was received after measuring of CO2 depicts the actual sources of carbon dioxide, i.e. the actual causes of emission of CO2 is found. Due to monitoring of CO2, the reasons of its inflation in the atmosphere are found.

With the increase in the level of CO2, degradation of atmosphere increases. The atmosphere being a protective layer is at threat due to the constant increase in the level of Carbon dioxide. With high-resolution, sensitive space-borne measurements of atmospheric carbon dioxide at the kilometer scale has solved this gruesome issue to a huge extent. Through this scale, localised sources of carbon dioxide formation are figured out, which is a big achievement when it comes to saving our planet from degrading.

There are certain rays which get captured in this machine but are impossible to detect with our naked eyes. This ray gets denoted through this scale and helps to figure out the source of the problem, which otherwise would have been left unaddressed and the problem to this serious problem might not have been figured.

Thus, to save our atmosphere from depletion, it is necessary that these sources of carbon dioxide should be kept in check by monitoring CO2. We being the inhabitants of this planet, it is our duty to save our home from such major concerns. Greenhouse effect is also a major issue and since the sources of those gases which adds up to the greenhouse effect is also revealed from this machine, so optimum measures should be taken to at least diminish the consequences.