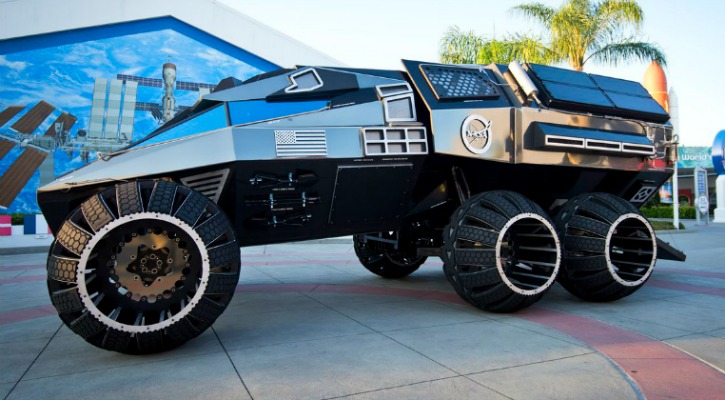 If you are a big fan then must be aware of his love for gadgets and each new movie tends to add more to its repertoire. Just assume that Batman has to take a trip to Mars in search of life then he has to make some extreme changes to its batmobile in order to withstand the cruel climate of the red planet. Parker Brother Concepts has just the same by taking this concept into building a full fledged concept car i.e. Mars Rover which will help in exploring the Mars in a unique fashion and just having a look at this car feels like something has popped out of the pages of a comic book.

Parker Brothers Concepts has built this Mars Rover in partnership with the NASA’s Kennedy Space Center Visitor Complex. This rover is a six wheeled fully –electric vehicle which modeled upon the batmobile present in the recent Dark Knight movies. NASA has helped the Parker Brother Concepts in understanding the exquisite requirements for building a craft fit for the Mars terrain.

This batmobile can reach up to a top notch speed of 112 kmph which is a remarkable feat in itself. It has a length of 28 feet and weighs about 2300 kg and it has been specifically designed to withstand the gruesome challenging conditions of the red planet. 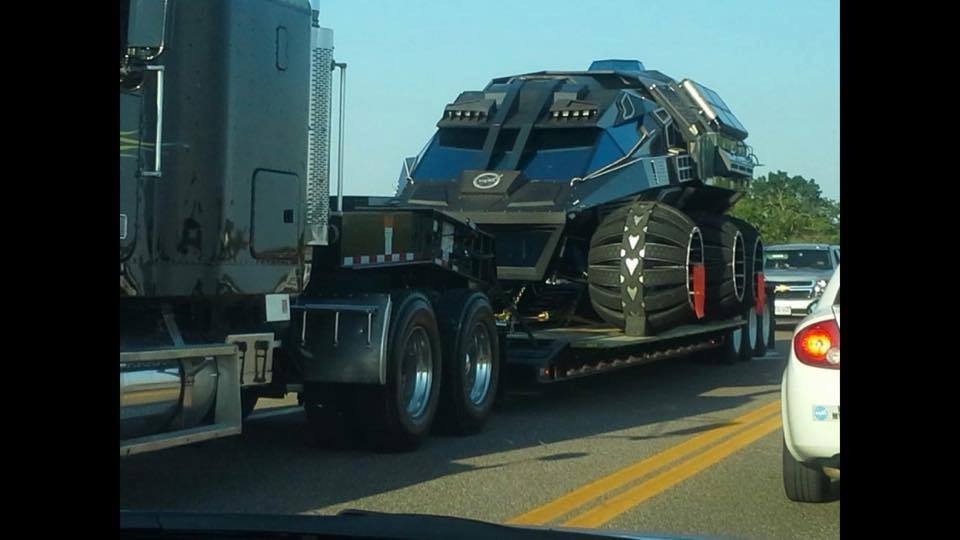 Features of the Mars Rover

This batmobile concept Mars Rover appears a giant beast with huge metal body but in reality it boasts of a number of unique features. Developers have stated that this is a ‘dual purpose vehicle’ which can be separated right from the middle to acts as two different vehicles. While separating the Mars Rover vehicle from the middle it bring the driver and assistant part present in the frontal area to get removed from the primary design and it can be used for the exploration missions as well. The remaining body of the Mars Rover vehicle having rest of the crew can setup their mobile lab for carrying out the essential research in the mean time.

Developers and officials at NASA are planning to showcase this vehicle across the major cities of US in upcoming months. This will be part of the NASA’s promotional event for the Mars which will also include a number of astronaut training regimes being conducted at the Kennedy Space Center.

A moment of rejoice for the Batman fans

It is a great moment for the comic books lovers and batman fans as well as the sci-fi enthusiasts to get a closer look at the batmobile inspired Mars rover. Apart from the city tours the developers has also revealed that this concept rover will feature in a new reality television series which is in filming at the moment. It is worth noting that this vehicle is prototype version which has the potential to serve as the baseline for future ambitious designs for the Mars rover but it doesn’t mean that the Dark Knight will be using it to fight across the red planet.

When Drones Meet 3D Printing: A DIY Match Made in Heaven