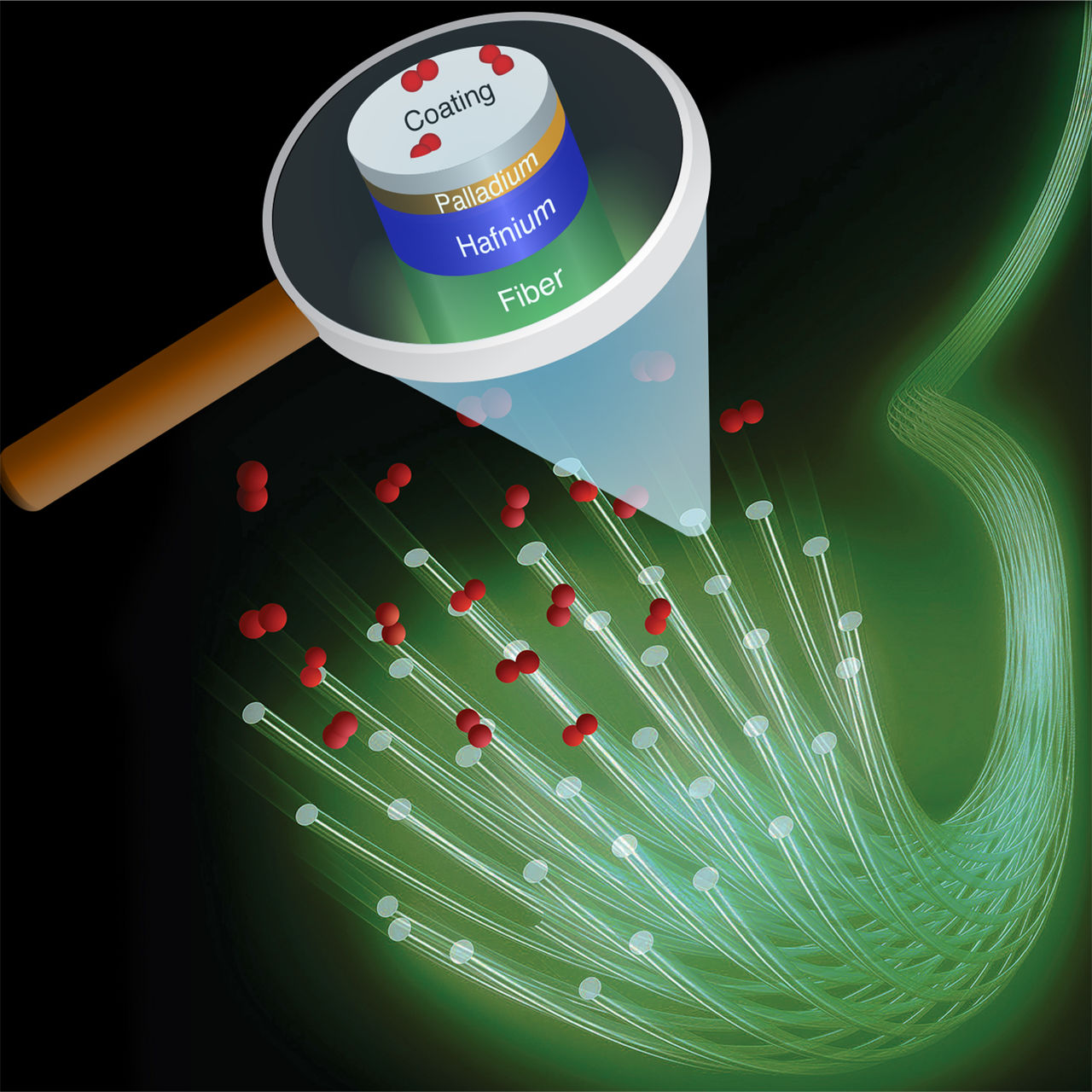 Hydrogen is gradually becoming a potential substitute for fossil fuels as an energy carrier. It keeps the environment clean as water vapour and heat are the only two by-products of its combustion and it can be easily produced from water using another energy source such as solar energy. But there are still a few glitches to fix before we can start exploring this new possibility. It is highly dangerous as it is not only combustible but also difficult to detect. Hydrogen easily reacts with oxygen which causes an explosion. This is the worst case scenario and apart from this, it should be ensured that minimum amount of hydrogen gets leaked into the atmosphere. It’s relatively tough to find a reliable way of detecting hydrogen gas and in order to detect even the tiniest leak, a hydrogen sensor is required. It has been discovered by researchers from TU Delft, KU Leuven and the Rutherford Appleton Laboratory (UK), that the hafnium metal is ideal for this detecting job.

It may be difficult to detect hydrogen gas, but not altogether impossible. There are optical sensors that can be used for this purpose as these are made of materials that absorb the hydrogen atoms. This process changes their reflectivity. This change can be measured and recorded, therefore providing us data about the quantity of hydrogen present at an exact place.

Prof. Bernard Dam from TU Delft stated that till now, pure form of the metal palladium was being used as an optical hydrogen sensor. But since the past recent years, researchers at Delft have shown that a gold-palladium alloy can also prove to be a better sensor. It has the benefit that it works at room temperature. However, it cannot detect low pressures of hydrogen.

Published researches by people from TU Delft portray that hafnium has properties which helps in measuring. It has a unique property of optically measuring a lowest amount of six orders of magnitude in pressure.

The least amount of pressure that is measured is 10-7 atmosphere but the measurement set-up determines this. An additional advantage in using hafnium as a hydrogen sensor is that its properties alter linearly with the temperature and pressure of the material. This will make a hafnium hydrogen sensor very simple to calibrate.

However, hafnium is not a better hydrogen sensor than palladium-gold, when all aspects are considered. Hafnium material works the most efficiently only when at a temperature of about 120 degrees Celsius. Prof. Dam says by placing a thin layer of hafnium above an optical fibre after heating the fibre with the help of a warm-up LED, the problem of its temperature can be solved.

A broad research into hydrogen is being conducted at Delft. Towards the end of last year, a device called the ‘Battolyser’ was revealed by Prof. Fokko Mulder, which merges electricity storage and the production of hydrogen into a single system. The Battolyser is a cost effective way of producing and storing hydrogen and makes the ‘hydrogen economy’ a little bit more achievable. The hydrogen sensor research signifies a valuable progress made in the same direction.