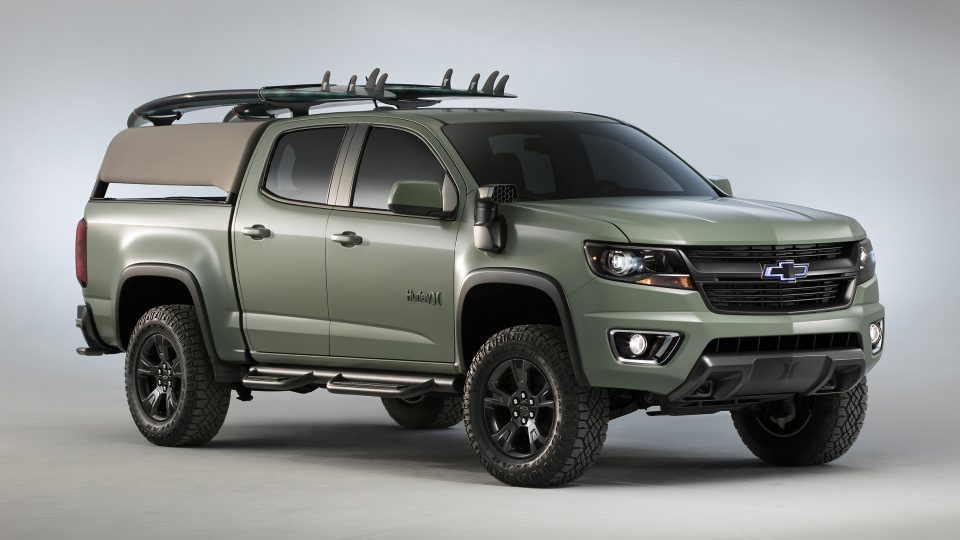 Chevrolet Colorado is way ahead in terms of design and style

If you love driving outside the city limits and engages in adventurous sports then Chevrolet Colorado is the rightly made for you. It comes loaded with the shock absorbers which were first designed for the Formula 1 race cars. A number of images are available online related to Chevrolet Colorado ZR2 which shows it flying over the sand dunes at the higher speed isn’t false at all. This pickup truck is a monster when it comes to achieving the tremendous tasks like flying over sand dunes, driving on a bumpy road or climbing over the rocks.

A serious off-roader comes into action

Colorado range from Chevrolet came into being in 2015 and since then it has helped in reviving the midsize pickup segment to a whole new level. This year Chevrolet has launched the ZR2 version of the Colorado which is specifically designed to navigate the challenges of the off road conditions with confidence and performance. It boasts of 31 inch high Goodyear DuraTrac tires, massive skid plates in the front and special shock absorbers. It works like a monster when driving in the off road conditions or threading the narrow passages along the way. Users will find the adjustable speed limiter a great aid while going down the hills.

Chevrolet has procured the F1 race shockers from Multimatic which is a Japanese company known for making use of the dynamic suspension spool valve (DSSV) technology. The usually used shock absorbers comes with oil filed tube and there is a piston inside filled with holes to allow oil passage as well as covered with flexible discs. The Japanese technology helps in replacing the discs with the spools or sleeves which helps in giving a better stability to the vehicle during bumpy rides. Similarly Chevrolet Colorado ZR2 boasts of much sophisticated technology at work in its shock absorbers which makes driving a pleasant and memorable experience for the consumers.

How Chevrolet Colorado ZR2 came into being?

In the passenger vehicles segment since 2010 SUVs, pickups and the crossover SUV’s are getting huge popularity among the US buyers. The heightened popularity of these vehicles also rests on the gas prices which become quite cheaper in the recent times which make it easier for the buyers to opt for heavy duty but stylish vehicles. Chevrolet Colorado ZR2 projects itself as a serious off roader which can deal with the turmoil and demands of the path without giving any second thoughts. It does have few competitors like Tacoma TRD and the Wrangler Rubicon but nothing compares to the might of the Colorado in latest automobile.
The latest edition of the Chevrolet Colorado 2017sarts with $21,000 with rear drive and 200 hp four cylinder gasoline engine while the fully loaded variant sells at a price of $47,000 with a 181 hp four cylinder diesel engine along with a 369 pound-feet torque. Colorado is effectively a pick-up and its fuel economy is extremely reasonable with 16 mpg for city and 17 when combined with the gas. It has a 21 gallon tank which will be great for going on some extremely long trips.

Buying a new Android phone? Here’s how to strike a bargain