Google Street view was first launched in 2007.It is a technology used to capture and provide panoramic views of streets, places, towns and even museums.

Google street view was first launched in a number of cities in the US and then susbsequently it has moved to other places as well. Google is still in the process of mapping and photographing various places but it has achieved its presence in all the seven continents.

It is not an easy task to provide a series of panoramic images of places and this is seen in the process of making Google’s street view possible.

Taking pictures in rocky, snowy terrains or even underwater is no easy feat for any person. Considering that you cannot take a car ride to such places, the only other option is to take the a photography trip by foot. Google has come out with a backpack that has a 360 degree camera attached to it for such excursions. It is called the Street View Trekker.

Google has the Street view Trolley for all it’s indoor sightseeing. To fit through narrow doorways and not bump into any objects that may be lying about such as a statue in a museum, google has introduced a versatile mobile known as the street view trolley.

For those snow covered slopes, google has the street view snow mobile and for those places with narrow alley ways, Google has introduced the street view trike so that the Google team could pedal along zoos, campuses, UNESCO world heritage sights and more, capturing amazing photographs on the way.

The third step in the process is to turn the images into 3D images. Whenever a picture is taken, the adjacent picture is taken with a slight overlap, Google then stitches the images to gather for a seamless 360 degree view using various algorithms.

Finally, there are lasers which are used when the pictures are taken. These lasers are used to gauge the distance of various objects in the image. Google then uses this info in making their 3D panorama.

There are many problems that could come up when taking a picture. The rosette camera which is used to take pictures could be mis-calibrated, there could be timing differences in taking pictures and parallax. While parallax can be still taken care of by using more approximate geometry, other problems could still occur. 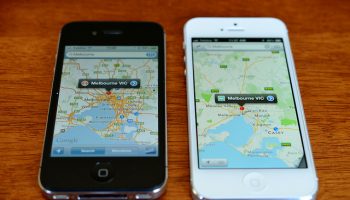