Google is Building a New Kind of Clip Art Poly

From someone’s grand mom to their aunty we have all used emojis or know what they are. Before that there was clip art, which was everyone’s favorite tool to use. Google has now taken digital art to a whole new level. Google has created Poly, which is a platform for 3D art. Have you ever wondered about the objects that can be viewed from various angles in a game and how they came to be? They are all digitally created by putting in a lot of time and effort. Now with Poly all that is not necessary as Google now allows users to get the object they are looking for directly from their new version of clipart:Poly. 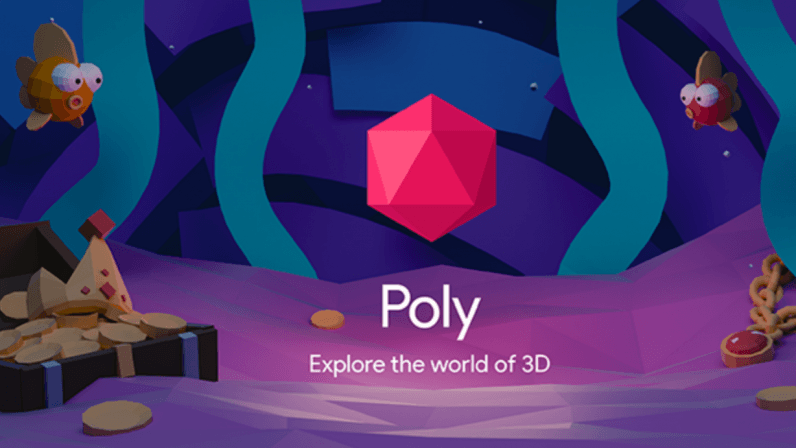 Google initially thought of Poly for virtual reality and augmented reality worlds. But the site can provide for a host of other uses as well. Poly is the new form of Clip art. Poly is a library of 3 D objects where you can find everything from a 3D burger to a 3D cat. There is even a search bar which yields multiple results for items that are looked for.

Google’s Poly is a library of 3D art created by various artists commissioned by Google as well as what users can upload themselves. Some are open for common sharing while those for AR and VR apps are rights- protected. By downloading 3D objects in this way, app developers are able to bring down the risk and cost in making their apps, not to mention this move will essentially lessen the time it takes to make an app.

How 3D Objects are created in Poly:

Google Clip Art takes objects that are created on Google Blocks and Tilt Brush. If you want to incorporate a 3D object into a scene in VR, you can also use Google Blocks or Tilt Brush to do the same.

In the future Google plans on allowing third party apps to have access to Ploy which basically means that AR or VR apps that are yet to be created can directly import 3D objects from Poly into their apps. At present since these are just the initial stages of the 3D platform, Google is taking things slow, the money aspects of the 3D objects library will come later.

The whole idea in creating Google Clip Art is to create a platform where VR and AR app developers can use to create their virtual worlds. Without objects to fill in those worlds whether it is a building or the area’s denizens, those worlds will not really exist.

Right now the worlds of AR and VR has not really taken off in the market but as with clip art, google is testing the field and who knows maybe in the future this step may seem to be a good strategic decision for Google.  Google Clip Art also creates new direction for other companies in creating their own platforms, not to mention the ease with which VR and AR app developers will have in making their own apps.