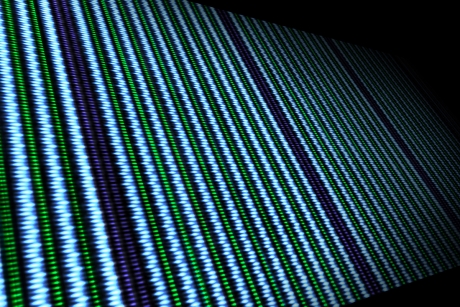 Researchers in the Department of Materials science and engineering at Cornell University witnessed the creation of Multiferroic Material in room temperature for the first time in the history of science. We are talking about the year 2014, when a group of scholars published their work, a paper on Multiferroics, which is the only known material which is both ferroelectric and magnetic and hence magnetism can be controlled in room temperature. All you need to do is apply an electric field at room temperature.

At first, we try to know a bit regarding multiferroic material and how it works.

What Do You Mean By Multiferroic?

Multiferroic are materials which are both ferroelectric as well as magnetic. There are very few ferroelectrics which have magnetic properties and so it is difficult to create. Moreover, in most of the Multiferroic created, the properties are fully expressed in low temperatures. This the reason why this particular paper is very important because for the first time, Multiferroic was known to work in room temperature.

Researchers Involved In The Whole Process:

The researchers were as follows:

David Muller and Craig Fennie assisted this group headed by Professor Schlom. They both are professors of applied Engineering and physics. Both of them have partnered the group to generate a new Multiferroic at room temperature by combining two non-Multiferroic materials.

The paper, “Atomically engineered ferroic layers yield a room-temperature magnetoelectric Multiferroic” was published on 22nd of September, authors of which are Julia Mundy along with Muller and Schlom, Charles Brooks and Megan Holtz.

The researchers planned in combining two materials to create the Multiferroic material in room temperature.

The former is ferroelectric but not magnetic whereas the latter is a strong ferrimagnetic oxide.

After combining both of these, they just added another iron oxide monolayer to each ten atomic recurrences of LuFeO3 and hence they got exactly what they needed.

All the research and experiments were done in the Schlom Lab. The lab, known for its infrastructure made the work very easy for the professors. The material hence made was tested at the Lawrence Berkeley National Laboratory (LBNL) and it was proved that the material actually expressed the desired properties at area temperature.

Ferromagnetism is really important for their revocable polarization and the fact that they can hold this polarization without being connected to power. The project was very successful and was funded by a number of universities and institutes including collaborations from University of Illinois, National University of Standards and Technology, the University of Michigan, Penn State University and funds from U.S. Department of Energy’s Office of Basic Energy Sciences, Division of Material Science and Engineering.