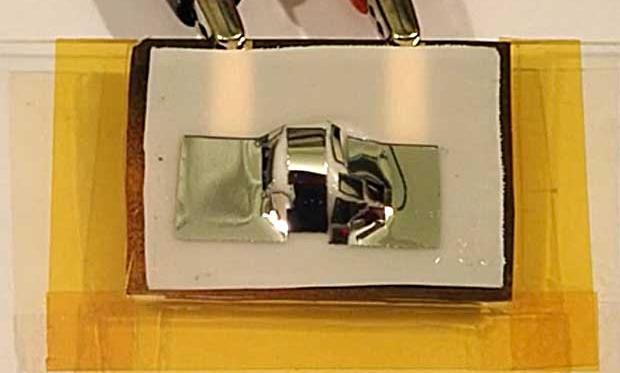 Mission Impossible movies have made the self destruction options quite popular in the modern age but we still don’t have that luxury. Soon we will have such gadgets like laptops and smartphones which can self destruct on its own but this technology will only be made available to corporate employees and government officials. The new self destruct mechanisms possess the ability to destroy the electronic gadgets within 10 seconds by receiving the wireless commands triggered by the sensors.

Arabian researchers had made the impossible possible

This technology has been developed by a team of researchers at King Abdullah University of Science & Technology (KAUST) in Saudi Arabia. It works swiftly and can effectively work across a variety of common semiconductor technology which is usually used in the most electronic devices. Researchers have stated that first customers are expected to be those who are in need of data protection such as the intelligence communities, hedge funds, social security administration, large corporations and all those who handles massive data.

How This Self Destruct Technology Works?

The self destruct mechanism developed by the team works on making the expandable polymer found in the modern electronics to their own benefit. When this polymer is heated over 80 degrees Celsius then it tends to expand to seven times more than its original volume. The trigger mechanism introduced in this technology helps in the polymer expansion which comes right from the heather electrodes drawing power from the battery of either Smartphone or laptop. They are making study available for the wider audience by publishing it in the upcoming issue of the journal called Advanced Materials Technologies.

The Testing Scenarios Conducted for Self Destruct

The researchers at KRAUT have tested this self-destruct mechanism for variety for scenarios where the self destruct can be triggered remotely. In the first testing a GPS sensor was utilized to trigger the device in case they move more than 50 meters away from their starting point. In the second testing researchers made use of the light sensor to automatically trigger the self destruct mechanism. This mechanism will helpful in such scenario where a top secret device is moved out of the box and placed under the light. The third scenario made use of the pressure sensor to cause the self destruction of the device in case it meets with any kind of unwanted force. This means if anyone tries to get into the device by forcefully opening the casing then device can be triggered to explode in order to safeguard it from being compromised.

In the fourth scenario researchers tested the compromising of the device or self-destruct functionality to its core. It was ensured that no one else expect the rightful person is able to trigger the self-destruct command making use of a smartphone app. Researchers has found the right way to ensure that this functionality only worked when a particular password is entered into the chip for destroying the device on demand. Very soon we will living in exciting times where espionage and intelligence will look just like the movies in real life.