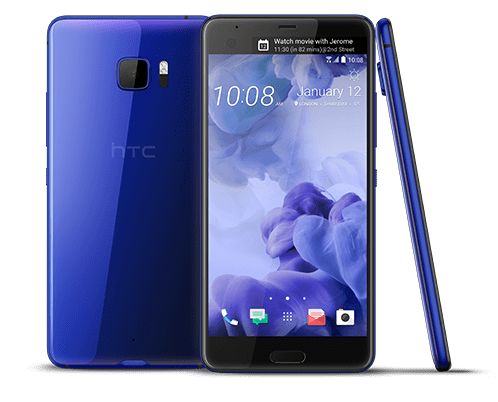 The launch of the Gadget HTC U Ultra was done in January 2017 and the phone features a 5.70-inch touchscreen display having a resolution of 1440 pixels by 2560 pixels.  The HTC  announces a fresh attractively contoured liquid surface which has been fashioned to reflect the best of the user. On holding it up one would appreciate the symmetrical construction of the phone and the way it tends to change light as it is turned.

In order to get these amazing look,  a complete new process wherein the colours bond to the glass in several layer for reflecting light beautifully has been developed which adds brilliance as well as depth from all angle.

Thereafter the glass has been moulded evenly around the sides and edges utilising extreme pressure as well as heat to imitate the natural surface tension of liquid.

Then the surface has been folded and bended to develop an impeccable blend between metal and glass The HTC Ultra is powered by 2.15GHz quad-core Qualcomm Snapdragon 821 processor and features a 4GB of RAM.

The phone has a 64GB of internal storage which can be extended to about 2000GGB through a microSD card.

Regarding the camera, the HTC U Ultra   has a 12-Ultrapixel primary camera towards the back together with a 16-megapixel front shooter for selfies and it tends to run Android 7.0.

The HTC U Ultra is said to be a dual SIM (GSM and GSM) smartphone that receives Nano-SIM and Nano-SIM. With regards to connectivity, it contains GPS, Wi-Fi, Bluetooth, USB OTG, NFC, 3G and 4G with the support for Band 50 which is utilised by some of the Indian LTE networks.

Compass Magnetometer, Accelerometer, Ambient light sensor Proximity sensor together with Gyroscope are some of the sensors that are on the phone. The HTC U Ultra is also made available in a lavish, ultra-hard, sapphire edition with a storage space of 128GB and is the first sapphire protected 5.7-inch phone.

Sapphire glass is only existing on the front glass section with the 128GB Sapphire Glass Version HTC U Ultra. 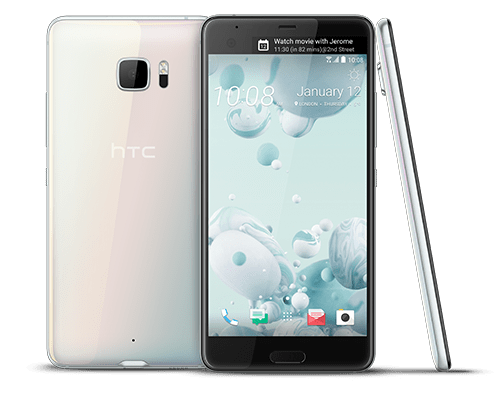 Moreover it is harder than several of the surfaces besides diamond, thus making it the eventual choice for protection of the phone from scratches and marks.

HTC U Ultra has voice recognition developed and hence it has the potential of recognizing your voice as well as respond while the phone is asleep.

The user need only to utter a word to make a call, send messages to friends, or set an alarm to wake up daily or just begin hands-free navigations.

HTC U Ultra has introduced a second screen that tends to provide the user with information needed, at your fingertips.  The big tablet sized screen on this phone is said to be  amazing for daily activity while the new second screen is precise for fast convenient access to the things used most such as top contacts, event notifications, app shortcuts and much more.

It has four high-sensitivity omnidirectional microphones which tend to capture positional sound in video and audio recordings and can record sound in 360 degrees for immersive audio. It is the future of sound recording.