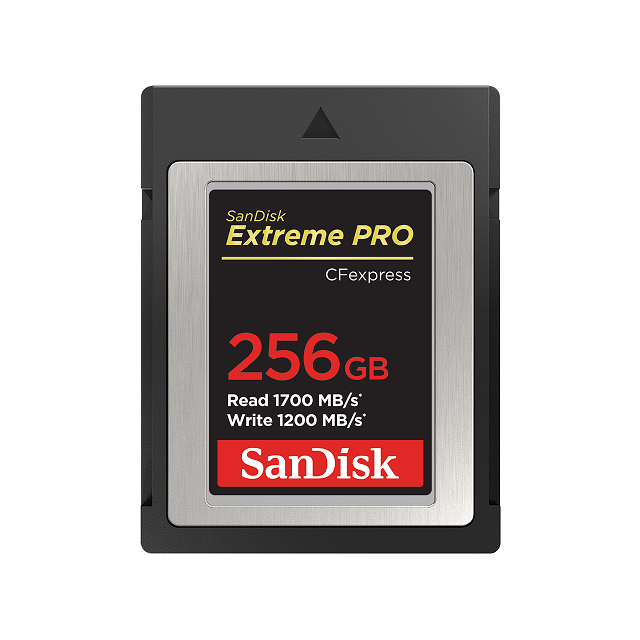 Technology is showing its new colors every day. Thanks to technology that our lives are becoming so smooth. It has worked wonders for the professionals, whose lives revolve around gadgets. CFexpress one such new addition to the tech world. Let’s find out more about this new kid on the block.

If you are a professional photographer/videographer, you must have felt the need of a much-advanced memory card. CFexpress comes in with high speed and higher resolution when compared to the existing formats. It comes with a higher bit rate image capture in devices. It has a faster off-load speed.

CFexpress is proposed by CompactFlash Association. CFexpress memory cards have three formats – Type A, B, and C. With a different internal connection, CFexpress Type B utilizes the form factors 38.5 mm x 29.8mm x 3.8mm. The form factor is similar to that of XQD. The goal of CFexpress is to create removable storage with highly used PCI Express interface and NVM Express rules.

The two new formats have more specifications. Type A has one lane and is more compact than Type C. However, Type C is a bit bigger and thicker than Type A with four lanes. They have plans to improve the speed further by introducing PCIe 4.0 interface.

CFexpress is the successor of XQD and CFast formats. Many of the manufacturers have stopped making XQD cards. CFexpress Type B cards have the option of backward compatibility to XQD cameras. XQD has one lane whereas new CFexpress cards use two lanes of PCIe. While XQD evolved from CFast, providing higher speed, CFexpress has come to conquer them all.

Type A is pretty similar to the SD cards but is a bit smaller and thicker. Sony a7S III was the first device to use this format. Type A will be best for cameras with smaller form factors. Hopefully, this format is going to be the most popular one in the coming years.

CFexpress Type B and XQD use the same form factors as well as the same connector. Devices like Panasonic X series and Nikon Z series, come with XQD card support. But now Firmware updates enable us of CFexpress in the same device. It has a conventional look with many benefits to look up to.

On the other hand, Type C is very close with respect to the size of a CFast and Compact Flash. Type C offers a much higher speed. It has not been used in and devices to be used by the consumers. Hopefully, this particular format will play a major in cameras that are used for cinema.

Is CFexpress worth it?

The answer to this question will always be yes. The latest generation media card support recording of high-resolution raw video. If you use it for shooting cinema, be assured to have a flawless video. It includes 4K, 6K, and 8K at high bitrates and frame rates and Raw continuous burst photos. CFexpress is compatible with most of the news devices like Canon (C300 Mark III, C500 Mark III, 1D X Mark III, R 5), Nikon (Z6, Z7, D6), Panasonic (Lumix DC – S1, Lumix DC – S1R)

Top three brands to go for

Type B cards are going around for quite some time now. Most of the memory card manufacturers are into making the advanced removable memory card. Here are the brands to look out for:

Cobalt – Cobalt stands out among the crowd with its minimum sustained speed to write at 1300 MB/s. Working with raw videos will be a cakewalk with Cobalt until the card is full.

Above all, the best part of working on this format is that you are a step ahead in working with new PCIe 4.0 spec which will speed up quite drastically. In addition, CFexpress is going to take the position of an SD card and will soon become the standard removable memory card for many users.

So, ready to give CFexpress a try? Let us know what you think about it?

In conclusion, CFexpress is the next generation removable media card. In no time, it will become the standard memory card for the professionals, here’s everything that you must know about CFexpress.