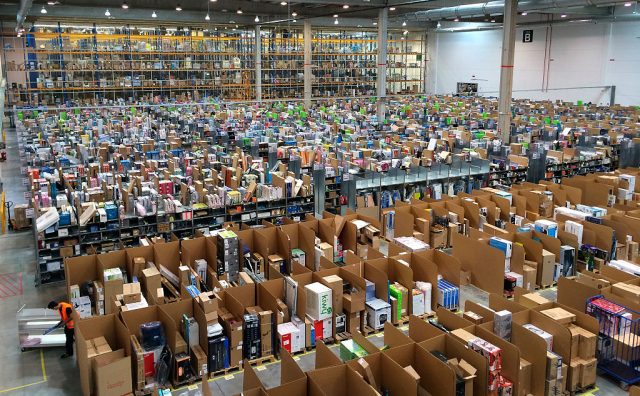 Amazon Fashion, together with the Japanese-Italian fashion label Nicopanda, has developed its own exclusive streetwear collection for the first time with See Now Buy Now option. It consists of six parts and is to be launched during the London Fashion Week in September. Nicopanda will be there for the first time this year with their own catwalk show. Right after the show, all styles of the ” See Now Buy Now ” collection can be hopped at Amazon.com. As the official sponsor of the show, Amazon Fashion hosted the event in its European fashion photo studio in London’s Hoxton district.

The exclusive unisex see now, buy now collection consists of a hoodie, a long-sleeved shirt, a bomber jacket, an oversized scarf, a clutch and leggings and is available from the middle of September on the five European Amazon fashion pages.

“Nicopanda designs twist people on the streets proverbially, and are also particularly popular with stars like Rihanna or Lady Gaga,” said Susan Saideman, vice president of Amazon Fashion Europe. “We are very happy to be able to present such an exceptional brand of see now, buy now collections to our customers at London Fashion Week in our own European photo studio.”

The label Nicopanda was founded by the award-winning Italian-Japanese creative director Nicola Formichetti, who is known for his work with Diesel and Uniqlo as well as his collaborations with Lady Gaga.

Amazon advances with a slow pace but unstoppable in the fashion industry, a sector that until now was not among its main objectives, was in the spotlight of Jeff Bezos. However, for a few months, the news about this not so new niche market for the ecommerce giant succeed. After the revolution caused by the sale of Sarah Jessica Parker shoes, the company announced another action: the association with the firm Nicopanda.

It is a much more complete action that goes beyond selling see now, buy now collection online. To begin with, it is based on a concept that is taking more and more force in the industry and that can turn upside down the gateway as we had known it so far, that of See Now Buy Now. This means, basically, that when a company presents its new collection on the catwalk, it can be bought instantly without needing to wait six months.

Nicopanda, one of those companies whose designs will remain engraved in the memory and the taste of Rihanna or Lady Gaga, among others, parade for the first time on September 16 at London Fashion Week and will do it by the hand from Amazon. The Bezos ecommerce will become its sponsor and, once the show is finished, the see now, buy now collections can be purchased directly on their website. In this way, and at the marketing level, Amazon takes a step that already in its day advanced others like Mercedes Benz or Inditex itself. Although, everything is said, this is at European level, since in Asia, Amazon already has its own catwalk: Amazon Fashion Week Tokyo.

With this action, the signature launched in 2015 by Nicola Formichetti will be available to everyone. “I am delighted to have joined forces with Amazon Fashion, as it is synonymous with fast delivery and great selection: the perfect choice for this exclusive capsule collection.” True to Nicopanda’s DNA, the see now, buy now collection is unisex with an aesthetic that combines the ‘street- culture. “Each piece includes the graphic motifs characteristic of Nicopanda, accompanied by its color palette in bright tones,” explained Formichetti.