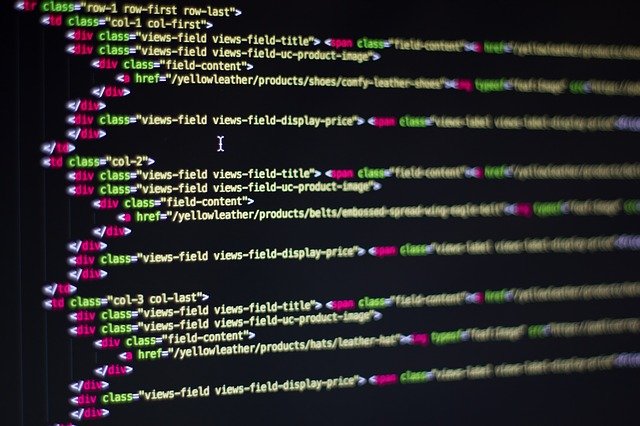 Programming languages exist to help businesses accomplish many different goals using data, technology, software, and the internet. Coding has become one of the most sought-after work skills in the world today as we rely more and more on technology, and rapid advancements cause the demand for good tech professionals to grow more and more. If you want to learn a new skill in 2022, mastering a programming language can have a wide range of personal and professional benefits. Once you have these in-demand coding skills, you can be sure that you are always going to have something to offer. Coding is a skill that is never going to be obsolete as the world moves towards more technology. Once you know how to code, you will have several options available to you whether that’s working in an IT and technology career, freelancing as a developer or setting up your own software business to name a few.

What are Programming Languages?

There are many different programming languages to consider learning. When picking the right one for you, some of the most important things to consider are how easy the language will be to learn, and how high the demand is for coders who are fluent in it. It is always a better idea to choose a language that is fairly easy and straightforward to learn as your first one, since once you have mastered it, you will find it easier to get to grips with other, more complicated programming languages. You can learn how to code in various ways – if you want to go to college, an online master of computer science in data science from Worcester Polytechnic Institute will certainly offer coding modules, while coding bootcamps are a great way to learn how to code in a fun and social setting. Alternatively, you can find various apps and websites that you can use to teach yourself to code at home.

Some of the most popular programming languages for beginners are:

Recently, websites have become more and more interactive, which has led to an increase in demand for JavaScript on the web. Most websites today are built on a foundation of HTML and CSS, but JavaScript is often essential to improve the user experience (UX) and the website interface. Programming in JavaScript is now much easier compared to in the past as there is a larger range of industry-standard tools on offer. It’s a great choice of programming language to learn if you have a good idea for website aesthetics or are interested in improving the UX or a website. Most JavaScript programmers work as front-end developers or engineers.

C is a ‘low level’ language which means that when programming using this language, you are required to have some basic knowledge of the underlying computer hardware. Although this can make it more challenging to master compared to other programming languages, it is a great choice for anybody who wants to achieve better performance when coding. It can be used for a wide range of applications including parts of operating systems like Microsoft Windows, video games, or special effects in movies. There is also C++, which is a programming language derived from C in order to sightly simplify it. C++ is mostly used in app development since it is better suited for this application, while C tends to be a more popular choice for developing embedded systems or important sections of apps.

Python is a popular programming language with a wide range of applications. Since it has a straightforward syntax and is known for being a clean coding language that is easy to read and write, it’s no surprise that this is a popular choice for those who are learning to code for the first time. Learning Python has a range of different benefits, including the fact that it can be used for all kinds of applications, so it’s a great one to know if you want to try your hand at coding different things once you’ve mastered the language.

If you are interested in learning a programming language so that you can get started with developing apps for iPhones and iPads, Swift is the best option for you. Swift is a programming language that is used exclusively by Apple’s product line. While this might make it appear limiting at first, it’s important to bear in mind that around 70% of consumer spending on mobile apps is on the Apple App Store. Swift was brought in by Apple to replace its previous programming language, Objective-C, in a bid to make it easier for developers to create apps for Apple devices with a language that is easier to master.

Unlike the other programming languages on this list that are mainly used for developing software, websites, apps and games, SQL is a programming language with the main purpose of querying data. Structured Query Language is a standardized language, but there are different variants of it including PostgreSQL and Microsoft SQL Server. SQL database servers power a huge range of websites and apps and are used to store information such as user profiles and posts.

Factors to Consider When Choosing a Programming Language to Learn

With so many different programming languages all offering a variety of applications, it can be challenging to choose the right one for you to learn. The best way to approach this decision is to start out by thinking about what you want to achieve with the programming language that you will learn before going from there.

Before choosing a programming language, it’s important to consider the purpose for learning it. For example, if you want to start developing apps for iPhones, then you’re not going to be able to do this as easily if you learn Java compared to learning Swift. The first thing to think about is the type of application that you want to build; this will make it easier for you to choose a programming language that will be the best fit for your needs.

The platform where you are considering running your software will also have an impact on the programming language that you choose to learn. For example, if you want to build apps that run well on Android devices, Java is a great choice. For websites, go with JavaScript.

It’s also important to consider your current skill level before you choose the right programming language for you. If you have some basic knowledge already of languages like HTML and CSS, chances are that you are going to find it easier to master a web programming language like JavaScript. On the other hand, if you are a complete newcomer to coding, it’s a wise idea to start with a more basic programming language that is easier to learn. This will give you the chance to master the fundamentals, and you can then go from there.

What are the Top Reasons to Learn a Programming Language?

If one of your new year’s resolutions for 2022 is to learn a new skill, then there are plenty of reasons to consider learning a programming language. Along with being one of the most in-demand workplace skills in the world today as technology advances at a rapid rate, learning to code can have many further benefits.

When you know how to code, you have an advantage over others in both your personal and professional life, since you have a skill that allows you to automate things. For example, if you are working as a manager and have a lot of data that you’re struggling to make sense of, you can easily use programming languages like Python to sort through it and visualize it better. Or, if you are a business owner, you can automate scanning job applications and resumes to help you find the best employees for your company.

Get Better at Problem Solving

Learning how to code isn’t just a chance to learn a specific skill that is in high demand today. When you learn a programming language, you’ll also begin to improve some of your main transferable skills, such as problem-solving. This is because when you learn how to program, you will naturally begin to think more logically since programming languages are all about problem-solving and logic. You’ll quickly learn to make light work of breaking down any problems that you face into smaller parts that can be dealt with logically, which can make things easier to handle in both your personal and professional lives.

Once you have learned a programming language, your career options will shoot up. Along with this, you will also have the option to freelance as a programmer, if you are considering finding something that you can do on the side of your regular job. Programming is a skill that pays extremely well, and even if you don’t want to code full-time, freelance jobs can earn you around £100 per hour, making it a great choice of side hustle if you want something that will pay you a decent side income without having to work every spare hour that you have got.

It’s a Lot of Fun

Last but not least, learning to code can be a lot of fun, and you really get the chance to tap into your creative side along with thinking logically and learning more about computers. As you get better at coding and master your chosen programming language, you will find that it becomes easier to create new things and learn as you go along. Once you’ve started coding using your chosen language, you will probably discover that you find it easier to come up with new ideas for apps, software programs, and more that you might not have thought of before. And the best part is that once you learn how to code, you don’t have to sit and wait for somebody else to make your great ideas happen – you can get started with working on them right away.

Along with being a skill that’s enjoying huge demand right now, programming can benefit your life massively, giving you the chance to create something new, make more money, and have fun. If you want to spend 2022 learning a new skill, choosing a programming language to master and become fluent in is a great idea.