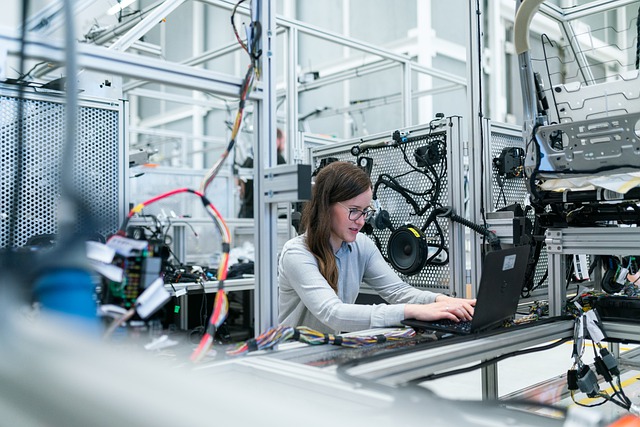 When people think about the most famous and prolific gadget and software pioneers, it’s often the case that names like Steve Jobs, Jonny Ive, or Microsoft’s Bill Gates will come most readily to mind. However, lying hidden and anonymous behind the scenes is normally a huge team of product designers and electrical engineers responsible for taking ideas from the concept stage through production to reality.

The role of electrical and electronic engineers in the development and manufacture of today’s most iconic and most useful devices cannot be overstated. These hugely talented and insightful individuals are shaping much of today’s world in everything from our smartphones to renewable energies and the emerging Internet of Things (IoT).

How electrical and electronic engineers get started

It’s important to note that the term ‘engineering’ is a title that encompasses a huge diversity of disciplines – everything from chemical engineering to the construction, aerospace, and nuclear power industries – so specializing at the start is essential if you’re to avoid having to retrain later to make a sideways career change.

By far, the most common route into an electrical engineering role is through study – usually by passing a bachelor’s or master’s degree in electrical or electronic engineering. In the interests of career progression, this will often be accompanied by a supplementary degree – for example, by studying engineering management online, which could open doors to higher-level roles.

From blueprint stage to design, testing, production, and ongoing development

Without electrical and electronic engineers, many of the gadgets and systems we take for granted in today’s modern connected world simply wouldn’t have made it past the blueprint stage. Take, for example, the now-ubiquitous smartphone.

When Steve Jobs announced the arrival of Apple’s first flagship smartphone, the iPhone, back on January 9th, 2007, he was widely regarded with almost messianic adoration – but scratch a little below the surface, and you’ll soon realize three undeniable truths:

Design is just part of the story

Few would deny one of the most engaging and eye-watering features of the early iPhones was its aesthetics and design – a look that was all the more striking through its relative subtlety and simplicity. These qualities have largely been attributed to pioneering British product designer and inventor Jony Ive – yet it’s worth remembering the countless hours that engineers will have clocked up trying to fit the iPhone’s inner components (screen interface, processor, storage, memory, etc.) into such a compact form.

With the help of engineers, the iPhone revolutionized what we expect from a cell phone

These advances have been almost totally down to electrical and electronic engineers – alongside designers graced with the prescience to understand what consumers want from their mobile devices.

The work of electrical and electronic engineers isn’t just limited to smartphones – far from it. Indeed, while the iPhone and associated handhelds are perhaps one area where their work is most noticeable, in truth, electrical engineers constantly strive to improve the efficiency and safety of much of the most in-demand tech today – including helping reduce costs by finding better materials or production techniques.

As mentioned earlier, electrical and electronic engineering transcends so many different industries that it would be almost impossible to list everything that’s passed through an engineering department before making it to the end consumer. Both disciplines are in high demand across sectors as diverse as car production, IT, marine tech, and even the military.

However, to give a general overview of what these engineers do, below are a few better-known examples of the things they can produce – tech that, in many cases, you possibly already use without even giving a thought to how it came to be.

The growth of automation, the IoT, and intelligent, connected devices

One of the fastest-growing areas of computing today is the continued rise of the IoT and smart, connected devices. To summarize, the Internet of Things (IoT) essentially describes a network of intelligent devices and their ability to gather, send, interpret and act upon data from other sources.

The IoT is exactly as the name suggests – an internet used by things in much the same way humans use the web. Used alongside Artificial Intelligence (AI) and Machine Learning (ML) applications, the IoT is capable of performing a huge diversity of tasks – everything from incredibly detailed and complex operations like controlling the traffic flow through a city to the seemingly simple job of turning your home lights on and off.

Many experts suggest the IoT represents the next logical progression of the web and will be a fundamental part of the impending Industry 4.0 – or fourth industrial revolution – which some belief is already well underway. By using autonomous, intelligent devices, companies and individuals can gain greater understanding and control of the world around them and remove much of the time-consuming, ultimately wasteful chores we perform each day.

For an example of the IoT at work, one need only think of motion sensor light devices that automatically turn on when they sense movement in a room (and likewise turn off once that movement stops). Other, more complex examples include farming systems that can automatically water plants based on weather data combined with information supplied by sensors in the ground to assess when feeding is required.

While still in its infancy, few would argue against the massive potential the IoT could offer in terms of reducing labor and increasing efficiency.

The development of WiFi tech and optimizing its use of power

These days, WiFi is so much a part of everyday life that it’s almost easy to take it for granted and feel like it always existed. However, speak to anyone of a certain age, and they’ll recall a time of fixed-line, ethernet connections and being tethered to desks with clunky desktop machines.

WiFi powers the connectivity of most of our modern devices – so much so that many newer laptops have removed the traditional ethernet port and now ship only with WiFi connectivity. Moreover, the most common smaller devices like smartwatches, smartphones, and tablets were designed purely for WiFi connectivity.

Unfortunately, there is one small problem with our current method of sending and receiving data over WiFi – namely, that it puts a tremendous power drain on our already suffering batteries.

The hefty consumption rate of WiFi has been a concern for mobile device designers for many years – mainly because battery power and life still have, by comparison, a long way to go to catch up with the speed of development of other tech.

Still, WiFi is such a fundamental aspect of mobile devices that it was clear a solution would need to be found – and perhaps one has been. So-called Passive WiFi was discovered by a team of engineering students working at the University of Washington in conjunction with computer scientists.

Studies suggest Passive WiFi could reduce battery consumption by as much as 10,000 times when compared to the current most economical low-power WiFi – considered to be similar to turning off the WiFi on your device.

If you’d spoken to the majority of people even just 20 years ago and suggested that, by 2022, we’d be living in a world with self-aware, self-propelling, flying drones equipped with 4K cameras, you would have likely been met with quizzical looks and regarded fantastical. Yet here we are today with drone technology so advanced it’s even being used for intel-gathering and as a tactical warfare weapon. Yet another example of the work of electrical and electronic engineers.