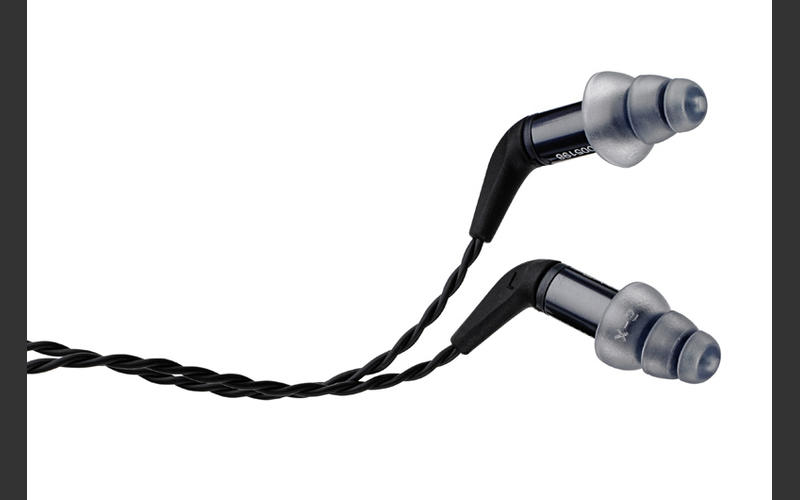 In 1991 Etymotic Research launched the ER4. At that time, the Etymotic ER4 was the world’s first universal Inear monitor and still enjoys a legendary status today. A quarter of a century later Etymotic with ER4SR and ER4XR finally brings the long-awaited successors of the Inear ancestors.

The pair of Inears cost just under 400 € and thus hardly more than the previous models. For current prices, please see the following links you may check online.

The outer packs of the new headset is quite large, which is mainly due to the generously dimensioned zipper case inside the packaging. In addition to the ER4 also packed with the rich accessories. Etymotic gives the Inears 3 pairs of the known triple flanges of silicone, as well as 2 pairs of foam tips. There are also replacement filters for cerumen, the right tool for changing the filter, a shirt clip and an adapter on a 6.3mm jack in the packaging. A nice gimmick is the enclosed Certificate of Performance that is individually issued for each individual Inear, serial numbered and signed. This includes various measurements which guarantee the quality of every ER4. Among other things, there are diagrams of the frequency response and the channel deviation. 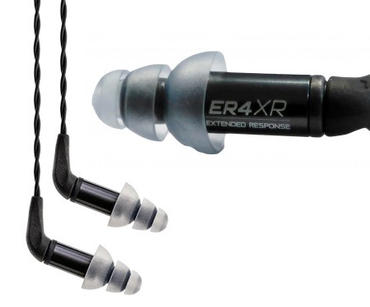 The history of the ER4XR

At the beginning of the era in 1991 there available only one version of the ER4. Nevertheless the ER4S joined and the original ER4 was renamed ER4B.

And that was the impetus for the ER4S. At Etymotic, it has been found that conventional CD recordings usually have an emphasis on high frequencies, which are automatically compensated by loudspeakers during playback. This is how the ER4S, which plays in the high frequency as compared to the ER4B. 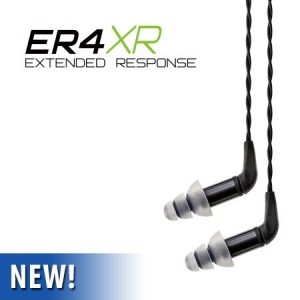 Etymotic is a great success: The S-version is still the best-known version of the ER4 and still boasts its achromatic sound reproduction. Drivers used are read within a deviation of less than 1 dB. Of course, tuning the Inears to the most accurate sound reproduction. Etymotic boasts a 92% coverage of the frequency response of the ER4S and the self-determined target. The sound that the ER4S transmits to the eardrum thus corresponds to a great extent to what we are accustomed to by our natural hearing – at least the theory.

In 1994, Etymotic bows the criticism of many customers: The ER4S is too hard to drive for portable use. The ER4P was born, which could be driven more easily by a higher efficiency. A secondary effect was the slight decrease in upper mid and high tone compared to the S variant. Some customers, who the ER4S was too ruthless, the resulting, slightly warmer sound came very much. But here, too, the success of the Inears once again turned out to be a right decision. With the ER4PT, the ER4P subsequently experienced a slight revision, but remained virtually unchanged.

And now, 25 years after the original ER4 – the long-awaited successor: ER4SR and ER4XR.

ER4XR is having the new feature that elongated housing shape of the Inears. This leaves the unusually deep seat in the auditory canal. Certainly, this is not comfortable for everyone, and can be very unpleasant especially on initial contact. Because, like his ancestors, the new etymotic ER4XR sit so deep around the auditory canal that they pass the fleshy part and close in the bony part. And at first this is almost as unpleasant as it can be expected, but it also brings some advantages. One advantage of ER4XR is the resulting high insulation against external noise are also hardly further extended. The downside is obviously nothing as it offers long-term comfort. With some habituation, but that does not present a problem there – really comfortable.

However, the material of the housings is new. Forget the rustic charm of the coarse plastic housing, and say hello to aluminum for the current version ER4XR! A long overdue change, which finally brings the new ER4XR also optically and haptically to its price level. In the course of this Etymotic also decided to send the proprietary 2-pin connection retirement. Instead the new ones put on a nose and groove modified connector on the basis of the MMCX – the use of other cables is however complicated. The good news is that the new cables do not make any cravings change. Qualitatively, the new cables in ER4XR are exceptionally high-quality. In conjunction with the supplied shirt clip, cable noise is no longer a problem; Due to the angle at the cable connection, the cable routing over the ear is somewhat cumbersome.

In 1994, Etymotic bows the criticism of many customers: The ER4S is too hard to drive for portable use. The ER4P was born, which could be driven more easily by a higher efficiency. A secondary effect was the slight decrease in upper mid and high tone compared to the S variant. Some customers, who the ER4S was too ruthless, the resulting, slightly warmer sound came very much soothing. From Etymotic’s perspective, this was rather a necessary to achieve better efficiency. With the ER4PT, the ER4P subsequently experienced a slight revision, but remained virtually unchanged.

And now, 25 years after the original ER4 – the long-awaited successor: ER4SR and ER4XR

25 years have passed since the launch of the original Etymotic ER4XR. 25 years and somehow has everything remained the same? Modified shape, the improved sound quality. Etymotic has already made a statement decades ago, which still exists today with the current version ER4XR. It is therefore all the more pleasing that Etymotic, with the re-release of the classic, only addresses criticisms. What remains is the tried and tested vote, but also the typical deep seat in the ear – the typical etymotic virtues that one can hate or love. Just like Etymotic promises with the current version ER4XR: A classic redefined.